What do you do during a week in New Orleans? Visit the abandoned Six Flags New Orleans of course. I mean, don’t forget about the music, the French quarter and all other awesome things to do in New Orleans. It’s amazing, don’t miss out on that! But if you have the time you might want to take a detour to the abandoned theme park. It once opened as Jazzland park and later became six flags New Orleans. It was destroyed 12 years ago by hurricane Katrina. The park closed down for Katrina and never reopened. It’s surely one of the coolest and creepiest places for urban exploring. Most of the park is still underwater.

Diclaimer: the park has been closed and visiting it is illegal. Security Guards and Police patrol the park.

How do you get into Six Flags New Orleans?

Reading about people’s experiences online got me a little worried. There was a lot of talk about climbing fences, alligators and guards. Besides that I had no clue how safe the area in general was. My plan was definitely not airtight. Having no transport of my own I was going to take an Uber there and then look for a good place to climb the fence. Luckily someone at my hostel kindly offered to drive me and a couple of others. How do you find the six flags new Orleans address? Just enter six flags drive on google maps.

There was security at the front entrance of the park. So entering there was out of the question. Security checks the area around the park as well, so don’t park your car next to the park. Your best bet is finding the little service road at the back and going in there. There was a hole in the fence when I was there. You just climb through the hole and then it’s a 10 minute walk to the part where you can actually enter the park. There’s no climbing involved in getting in. The roller coaster in the picture above will be the first attraction you see. Unfortunately it’s a long way to the rest of the rides. To get to the Ferris wheel you basically have to walk through the entire park. I’ll include a map of Six Flags New Orleans at the end of this article.

Why you should visit Six Flags New Orleans

I always love an adventure and that it is illegal actually made me want to visit this place even more. The main reason for visiting though, was to take photos. The place has a dystopian look about it and thought the eerie feeling would look great on camera. After googling some photos I knew I had to make it there. I ended up making a few trips to the park, but only one of my trips was successful. The other times it was storming and I didn’t even dare to take my camera out. Plus, I’ve heard alligators love that kind of weather and I wasn’t ready to be eaten by one. My best visit was at 5 in the morning. The sun was just coming up and the light was beautiful. Besides that, we imagined that security wouldn’t be expecting trespassers. (We were wrong) It wasn’t as scary as I thought it would be, but knowing security was out there we were a little nervous. We decided not to let that stop us from climbing rollercoasters and exploring the park! I mean, if you get up at 5 in the morning you better make that trip worthwhile! I’m happy with the few photos I was able to shoot. Unfortunately we couldn’t hang out for too long, because our friend texted us that two guards went into the park to patrol. As soon as we got the message, we decided it was best to leave. We made our way out and high-fived each other on making it out without a fine.

Result from the trip: There are a lot of reasons why you shouldn’t be visiting this park. There are regular patrols by security and the police, so there’s a good chance you’ll get caught. I didn’t believe there were actually alligators in the park, but there sure are! Nature is taking over and I’m pretty sure there could be snakes as well. When it’s raining the roads in the park start flooding and you better believe I was worried about getting out of the park. There is a blog out there that makes it sound like it is absolutely impossible to visit the park. This is just not true, but I wouldn’t call it smart. So if you do decide to take a chance… be careful! To be on the safe side you could just visit the still open six flags magic mountain in LA 😉 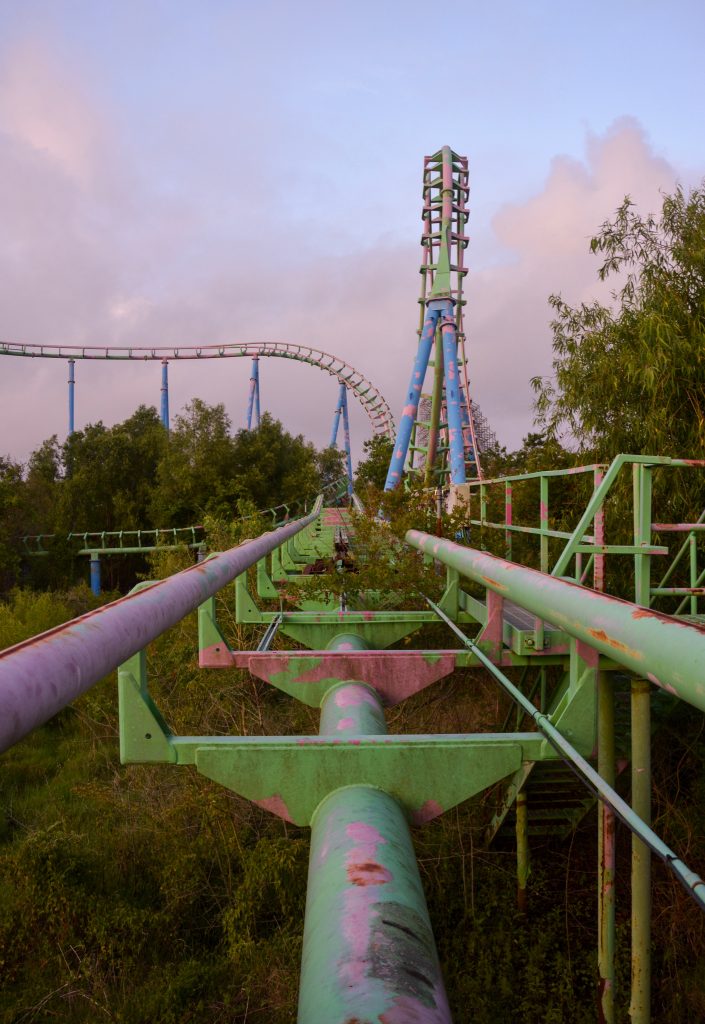 You enter the park around the area where the jester is located. From there you can walk to the main street, but it is no longer possible to reach the Mardi Gras area from there as it flooded and completely underwater. It is possible to get there, but you have to go all the way around. This is taking a big risk, because you’ll have to walk through the entire park. 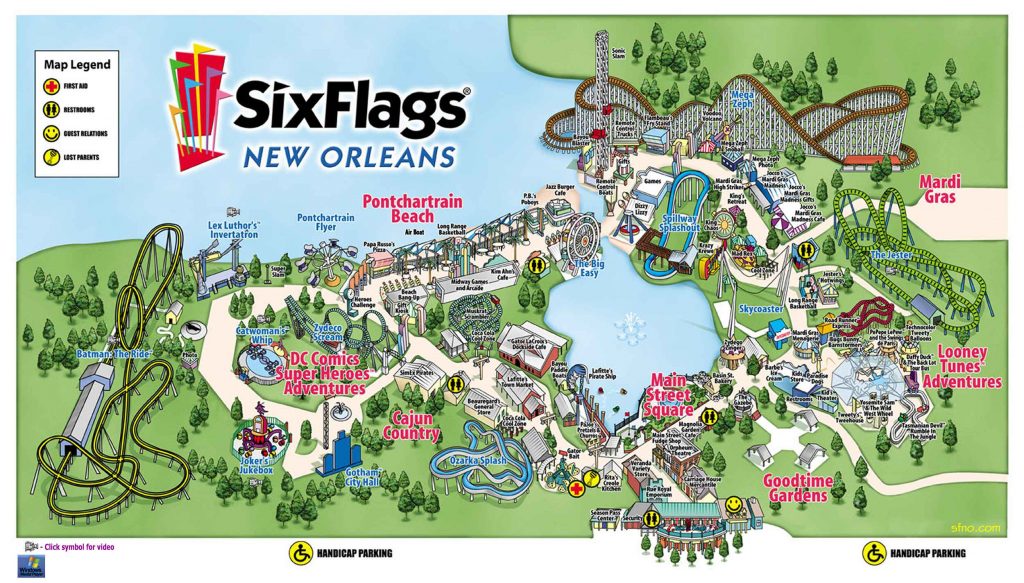 Hi! I'm Romy, a fulltime photographer and traveler. I write for the adventurous traveler that likes to be prepared. I travel backpacking style and give advice to those with a modest budget, but big dreams. Even though I like to go with the flow, a little planning will take sometimes take you places you wouldn't reach otherwise. Immersing myself in local culture, nature and adrenaline pumping activities is what I love most. If you want to know more, go here